Botswana has been called ‘Africa’s Eden,’ and for good reason. The country has enormous, pristine wilderness areas that are well protected, and those areas are alive with Africa’s incredible flora and fauna. Wildlife documentarians repeatedly choose Botswana as their ‘set’ because of the country’s stunning landscapes and prolific wildlife, and savvy travelers know that the country offers a level of exclusivity that is becoming more and more difficult to find. We would love to customize a Botswana safari for you that will put you right in the center of one of nature’s most amazing places. Contact us to begin planning your safari. The magical Savute area in Northern Botswana is an ecosystem that befuddles scientists and geologists.

When explorer David Livingstone first saw the Savute Channel in the mid-1800’s, it was flowing. Thirty years later it had disappeared and the Savute Marsh dried out completely, remaining so for almost 80 years. It flowed again from the late 1950’s to the early 1980’s, when it again receded, and then flowed again in 2010 for a couple of years. Now it is once again dry. The mystery in all of this is part of what makes the Savute Channel so intriguing.

The wildlife in the region, including the second largest zebra migration in the world, makes it an alluring destination.

High concentrations of elephant and lion roam the landscape, including prides that sometimes number as many as 40 strong. Safari-goers also stand a good chance of spotting rare animals such as sable and roan antelope, as well as the elusive honey badger. Least known about the area – but perhaps most exciting – Savute has its own migration. The second largest migration of zebra in the world passes through the area twice a year, including during the animals’ birthing season. Predators follow this migration as it represents a moveable feast for them, providing great chances for visitors to witness incredible safari action. 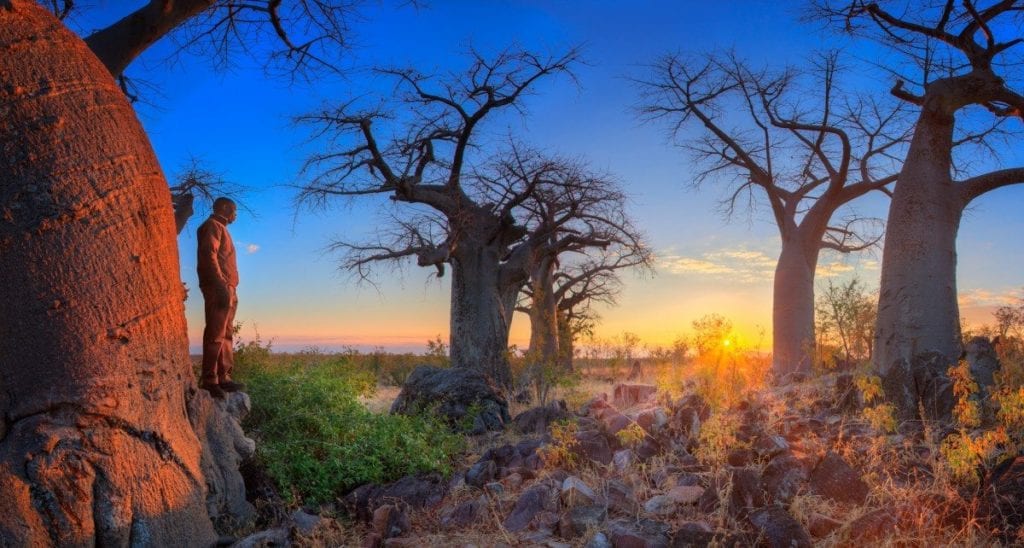 Visiting Savuti is a chance to see a massive animal migration in an area with very few other travelers.

We can craft a special safari that puts you into wild locations with the best chance to spot some of the amazing resident and migratory wildlife. Expert guides with incredible knowledge of the ecosystem will take you on game drive excursions to seek out the best possible wildlife viewing. Savute is even more than wildlife and beautiful views. Towering baobabs are found throughout the area, leaving guests awed by their immense size and grandeur. They have gazed over Savute for thousands of years and kept all of her secrets.

See Botswana's beauty for yourself